Home Company Information Who is Sakura TV and what we do

Who is Sakura TV and what we do

Other services we specialise in:

Sakura TV is free to watch anywhere and anytime 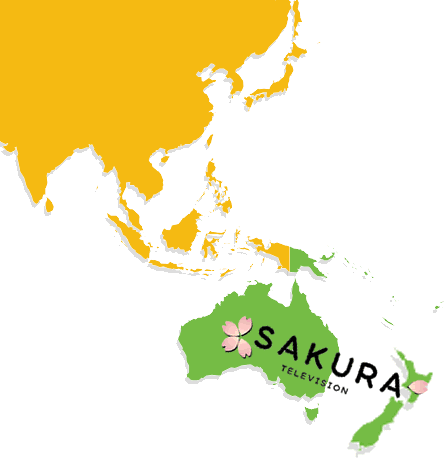 Sakura TV uses modern technology to deliver our streaming services throughout New Zealand and Australia.
Viewers can access our service anywhere and anytime: on the bus, at the café, in the office and in their homes in steady streaming HD quality viewing environment.

Who are our viewers?

Why will the number of viewers increase?

Travelling overseas is now very common.
People are searching where to go on their next holiday, especially countries other than traditional destinations like Europe.
There will be big events happening in Japan, attracting people from both countries interested in:

Those 3 major world-class events will certainly increase the number of people from both countries who have interest in Japan.
New Zealand, Australia and Japan share democracy and freedom.
New Zealand, Australia and Japan are all CPTPP members (alongside 8 other countries), and share the concept of free trade.
A steady relationship in policy and economy ensures a long-term plan.
There are numerous ‘sister city’ agreements between Japan and both countries

Australians are the number one nation for spending during their visit to Japan.
(Category of Transport + accommodation + meals, stat supplied by JNTO 2016)
Australia and New Zealand have a culture of a long summer holiday, of family travel and of visiting remote areas rather than staying in major big cities.
People from both counties like to travel and visit where they can experience attending to.
People are very used to overseas travel, as both countries are made up of immigrants.
There is a climate difference – Australia and New Zealand have summer during Japan’s winter.

Sakura TV will broadcast commercial advertisements such as:

Sakura TV: How we advertise ourselves

Sakura TV will promote itself regularly by:

By using our free-to-watch anywhere and anytime streaming services throughout New Zealand and Australia, we provide a strong awareness of Japan and Japanese tourism.
Our viewers are “Like Japan”, “Been there”, “Want to visit Japan”, “Like Japanese food”, “Studying Japanese”, “Like Skiing”, “Next holiday destination”, “Have Japanese friends”, “Will visit 2019 Rugby World Cup”, “Will visit 2020 Tokyo Olympic and Paralympics”, and list goes on